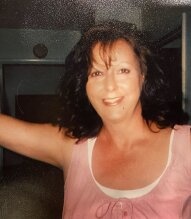 Tamra was the daughter of Robert Lynn and Josephine Yuvonne (Konkler) Ewing. She was born on May 14, 1959 in Quanah, Texas.


Tamra and William Bill Reece were married on May 26, 1979 at Satanta, Kansas.

She was a member of First Baptist Church, Satanta. Tammie enjoyed decorating, flowers, and gardening.

She was a rodeo mom and always enormously proud of her kids in all that they did.

Tammie was preceded in death by father, Robert Ewing and son, Heath Stanley.

Robson Funeral Home, Satanta is in charge of arrangements.
To order memorial trees or send flowers to the family in memory of Tamra Reece (Ewing), please visit our flower store.