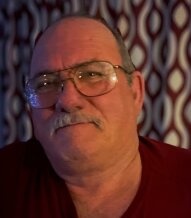 He and Donna Sue Adams were married on February 14, 2007, in Elkhart, Kansas.
Terry’s hobbies included guns, fishing, shooting guns, and camping, and loved working in his yard. He loved his family and spending time with them.

A memorial has been established for American Legion in Ulysses. In the care of Robson Funeral Home, 218 S. Main Street, Ulysses, Kansas 67880.

A funeral service will be held Friday, April 22, 2022, at 2 PM, at Country View Baptist Church, in Ulysses with Pastor Terrell Giddens.

Robson Funeral Home, Ulysses is in charge of arrangements.

To order memorial trees or send flowers to the family in memory of Terry Leroy Martin, please visit our flower store.