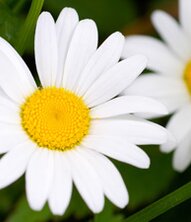 Terry Lee Orosco, 60, died on Tuesday, January 31, 2017 at his residence.
The son of George & Josie (Guerrero) Orosco, he was born on September 19, 1956 at Hugoton, KS.
He and Susan Mary Lusk were married on September 30, 1996 at Las Vegas, Nevada. He has lived in Elkhart for 40 years.
He was a member of the St. Helen Catholic Church, Hugoton when he was growing up. He was an altar boy throughout his younger years and in high school he read the Sunday morning readings. He was a member of the St. Joan of Arc Catholic Church, Elkhart. He enjoyed taking pictures of the children during their first communion.
He was a loving and kind son, husband, father and grandfather. Terry would always call his parents and ask them how they were doing. He enjoyed reading and listening to music. He loved helping with coaching little league baseball and softball. He enjoyed taking pictures of children during their sport activities.
Survivors include his wife, Susan Orosco, Elkhart, KS., two step sons, Alton Lusk & wife Celena, Muskogee, OK., Levi Evan & wife Katie, Iowa., a daughter, Cassandra Sandoval, Elkhart, KS., parents, George & Josie Orosco, Hugoton, KS.; a brother, Joe Orosco, Lawrence, KS., 12 grandchildren and other relatives and friends.
He was preceded in death by his grandson, Dominic Esarey.
A memorial has been established for Pheasant Heaven Charities. Memorials may be mailed to Paul’s-Robson Funeral Home-PO Box 236-Hugoton, KS 67951.
Visitation will be Friday, February 3, 2017 at Paul’s-Robson Funeral Home, Hugoton, from 10 AM to 8 PM.
Rosary services will be on Saturday, February 4, 2017 at 10 AM at St. Helen Catholic Church, Hugoton, KS.
Mass services will be on Saturday, February 4, 2017 at 10:30AM at St. Helen Catholic Church, Hugoton and burial following at Hugoton Cemetery, Hugoton with Father Jim Deiker presiding.
Friends may call Friday 10AM to 8PM at the Paul’s-Robson Funeral Home, Hugoton.

To order memorial trees or send flowers to the family in memory of Terry Orosco, please visit our flower store.