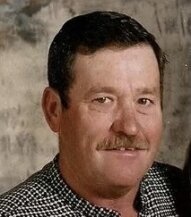 He was born at the old Elkhart Hospital in 1948 to Claradean Schnurr. He was later adopted by his stepdad, Carl Myers.

Memorial service will be held Sunday, August 15, 2021, 5 PM, at the Elkhart Cemetery in Elkhart, Kansas with Pastor Jim Cunningham presiding.

Robson Funeral Home, Elkhart is in charge of arrangements.
To order memorial trees or send flowers to the family in memory of Thomas L. Myers, please visit our flower store.