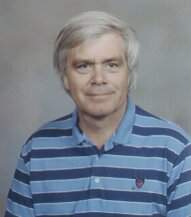 Warren worked as a farmer his whole life, he enjoyed it. Other hobbies included hunting, camping, fishing. He enjoyed his grandchildren, great grandchildren, and Tracie.

A memorial has been established for Christ Lutheran Church of Elkhart. In care of Robson Funeral Home, P.O. Box 606, Elkhart, Kansas 67950.

Robson Funeral Home, Elkhart is in charge of arrangements.
To order memorial trees or send flowers to the family in memory of Warren Chester Bowker, please visit our flower store.